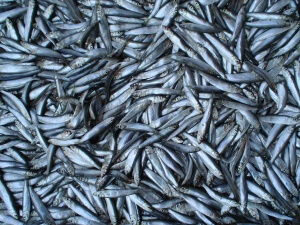 VITA is strongly concerned about the continued lack of analytical assessment of this stock by ICES, in spite of numerous efforts to this end. The lack of larger cod individuals and reliance on small number of incoming year classes increase risks ahead of this key Baltic Sea stock.

Furthermore, ICES points to increasing discard rate, which is most probably higher than 15%. VITA Members’ observations confirm the information available to ICES that “modification of selectivity properties” does take place at large scale in demersal trawl fishery.

The condition of cod individuals has improved a little, but it is still much worse than long-term average; this must not be used as an excuse for complacency. There is no single cause of this phenomenon. However, VITA Members point to a root cause of continued cod food deprivation, especially for 3 to 4-year-old cod, which should mainly feed on sprat in normal conditions. In VITA’s view, it is because forage fish is simply not available, due to excessive effort exerted on pelagic species, particularly sprat in Subdivisions 25 and 26. ICES advice is quite clear on this.

VITA considers that, in a situation of cod food deprivation in Central Baltic and on the basis of just one strong year class, the TAC increase suggested by ICES should not be followed. We hope that decision-makers shall act moderately here to avoid steep sprat TAC decreases in the future. VITA recommends a rollover of the TAC with a robust spatial management plan to move large-scale pelagic effort away from SDs 25 and 26 and leave the sprat as prey for hungry cod, as advised by ICES.

VITA feels it necessary to bring to the table a worrying anecdotal evidence provided by one of our Members: some fishers specialized in herring for bait, operating in southern Swedish waters, have pointed out to very bad situation of herring in their area, with i.e. the fish growing very thin. This has resulted in some bait-specialized boats going out of business this year.

VITA calls upon ICES to take full account of the extent of fish mortality caused by the huge increase in seal population over the last decade. This is particularly important for the assessment of cod and salmon stocks. Furthermore, environmental organizations, as well as the relevant EU and national authorities, need to re-think their seal conservation policies to ensure that the balance in Baltic Sea ecosystem is kept.