Correspondence with Vella on Tuna Quota

Allocation of Artisanal Bluefin Tuna Quota: Commissioner Vella commits to addressing this regularly with MS to ensure that CFP provisions for a fair allocation of quota are correctly applied.

In an exchange of letters between LIFE and Commissioner Vella concerning the allocation of a dedicated, non-transferable Bluefin tuna quota for small scale hook and line fishers just prior to and post the ICCAT Annual meeting in Vilamoura, Portugal from November 14 to 21, Commissioner Vella explained that ICCAT decides on Bluefin quota allocations amongst the Contracting Parties (CPCs), not on the allocation of these quotas between the various sectors within a given CPC. Responsibility therefore lies with EU Member States to implement the provisions of the recent Bluefin tuna regulation 2016/ 1627 as regards a fair distribution of quota, and giving consideration to traditional and artisanal fisheries.
However, Commissioner Vella assured LIFE that “the Commission will continue to address this (quota issue) regularly with Member States to ensure that these provisions are correctly applied".

Access the official reply of Commissioner Vella by clicking here 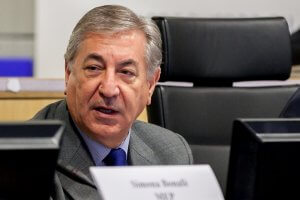 ŻYCIE staff and members will meet with DG Mare services on 19th October in a multi-stakeholder consultation ahead of the ahead of the 20th Special Meeting of ICCAT in Portugal, November 14 to 21. Ahead of the stakeholder meeting, ŻYCIE sent a letter to Commissioner Vella calling for a dedicated small scale fishing quota:

Bluefin tuna is coming back, quotas are increasing, ŻYCIE demands a fair share for small scale low impact fishers. A combination of industrial and illegal fishing over decades drove the Atlantic Bluefin tuna populations to endangered levels by the 1990s. Thanks to the recovery plan adopted by the International Commission for the Conservation of Atlantic Tuna (ICCAT) in 2006, evidence suggests that Atlantic Bluefin tuna is now making a comeback.

ŻYCIE is also concerned that under Spanish law, tuna quotas may be transferred between vessels engaged in the tuna fishery, paving the way for the privatization of access rights to a public resource under an ITQ system.
ŻYCIE would therefore like to see the imposition by ICCAT of a dedicated non-transferable quota for small-scale low impact fisheries, ring fenced, to be assigned to small scale polyvalent vessels and small scale hand line operations that both catch tuna as a target species, and as a by-catch.