LIFE attends the GFCM regional conference on “Building a future for sustainable small-scale fisheries in the Mediterranean and the Black Sea”.

“Building a future for sustainable small-scale fisheries in the Mediterranean and the Black Sea”. 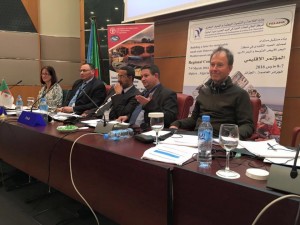 The purpose of LIFE’s participation in the meeting was to raise awareness about VIDA, its mission and objectives, to highlight the issues of importance for European small-scale low impact fishers, and to make contacts that will help VIDA and its work to become more widely recognized and supported.

Specifically, Brian O’Riordan represented VIDA in a round table discussion on the FAO’s Voluntary Guidelines for Securing Small Scale Fisheries (SSF Guidelines), where his input focussed on the opportunities and challenges for European small scale low impact fishers in the implementation of the reformed CFP.

The General Fisheries Commission for the Mediterranean (GFCM) is a regional fisheries management organization (RFMO), and therefore plays an important role to play in fisheries governance in the region. Attending such a meeting is therefore very much in line with VIDA’s objective to “restore the health of our seas in Europe and the rest of the world”. It must be recalled that the Mediterranean faces a critical situation of overfished and depleted stocks, lack of effective management, IUU fishing, environmental degradation, and so on. DG Mare recently organized an emergency meeting on the state of stocks in the Mediterranean, and will host a ministerial fisheries meeting in Brussels of all Mediterranean states on April 27 2016.

One of the main themes of the meeting was supporting sustainable development of small scale fisheries through Blue Growth. “Blue Growth” aims to maximize economic returns to exploiting the seas and oceans in balance with environmental sustainability and social development. It is a new concept rooted in the Rio process on sustainable development, linked with the Green Economy. It is being widely promoted and could impact seriously on small scale fisheries. Blue Growth gives priority to those sectors with most potential for growth and economic benefits. 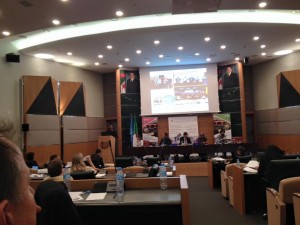 The consultant presenting the discussion noted that fisheries are not visible in a macro-economic view of Blue Growth. There is little scope for increasing production in fisheries. As far as he was concerned, there was a need for fisheries to demonstrate how they can maximize their contribution to the economy and to growth, and to “reposition” themselves accordingly. This would require he said a) applying a “use right” system to achieve economic efficiency, and b) generating an “investible surplus” that could be invested in growth.

The next two sessions were run by WWF related projects, the first on cogestión and the second on Marine Protected Areas and how their performance could be improved by the participation of small scale fisheries in their management and use. The presentations also highlighted the need for “no take zones” in the MPAs to make them more productive.

WWF has considerable relevant experience in the Mediterranean with MPAs and engaging with small scale fisheries through the MedPan project. We took contact with MedPan/WWF representatives to explore how LIFE Members could benefit from training and other support to help them to be better understood by fisheries authorities in protected areas. It was suggested to us that VIDA arrange a delegation to attend the 2nd Forum of Marine Protected Areas in the Mediterranean, to be held in Tangiers, Morocco from 29 November to 1 December 2016.

The fourth session discussed value chains in small scale fisheries and how to promote them in ways that enable fishers to benefit from value addition. One of the key issues facing small scale fishers is the high price their fish fetches on the market compared to the comparatively low price they receive. Various schemes were discussed, including cooperatives, training, ecolabels etc.

The final panel which Brian O’Riordan was on dealt with the FAO SSF Guidelines, and his presentation was on the Opportunities and Challenges for Small Scale Fisheries in the implementation of the CFP in Mediterranean, noting the challenges faced by Europe’s forgotten fleet, and the opportunities of Article 17, the Market regulation, EMFF and Advisory Councils.

The main conclusions from the conference are contained in a 7-page document, which proposes the establishment of a working group on small scale fisheries which LIFE could participate in. The GFCM were very positive about VIDA’s participation, and were very supportive of the idea of VIDA attending GFCM meetings. 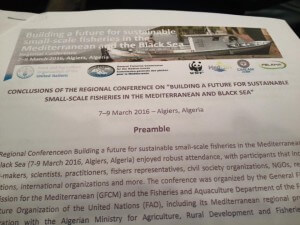 LIFE staff had meetings with many different people and organizations including:

Valerie Laine, DG Mare, Head of Unit for Conservation and Control in the Mediterranean.

Matthieu Bernardon, Fisheries Consultant to FAO and others, with considerable experience of sscf in the Mediterranean.

Hacene Hamdani, and others from the Maghrebian Artisanal Fishers’ Platform (along with other fishers from the region).

Representatives from the Spanish authorities.