Presenting a New System of Governance

Presenting a New System of Governance:

Small-Scale Coastal Fisheries, Co-management of the Coastal Zone and the Blue Economy.

The Oz Miñarzos – Fin da Terra Marine Reserve Project: making the case for a new system of coastal area governance with ssfs at the centre

The Lonxanet Foundation in cooperation with the Low Impact Fishers of Europe (LIFE) and Farnet, with the patronage of the European Economic and Social Committee (EESC), present the Oz Miñarzos Fin da Terra project followed by an exchange of views on A New System of Governance for Small-Scale Coastal Fisheries, Co-management of the Coastal Zone and the Blue Economy. 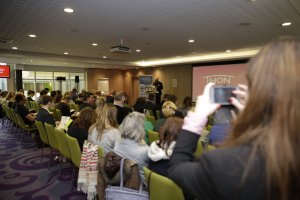