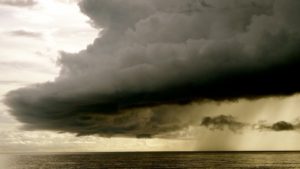 Meet Alicia Said, our Project Manager for Malta News from the Deck – September 2018