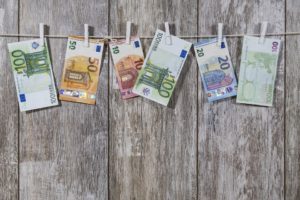 Conserve the Eel, Preserve the Fishery, Save the Small-Scale Fishers