Update on the “Clean Baltic” project promoted by Fundacja MARE 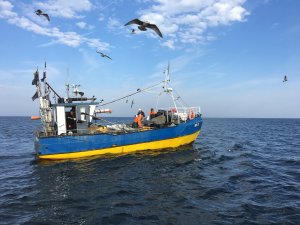 Warsaw, 23 November 2017 – Abandoned, lost and discarded fishing gear (ALDFG), also known as ghost nets, are a well-known global problem in ocean governance. Fishing nets of all kinds, when left in the water, continue catching fish as well as marine birds, mammals and other organisms. If lost on wrecks, they can also be a danger to amateur and professional divers. They contribute to pollution of the oceans with plastics – some 10% of plastics in the ocean come from ALDFG, which as sometimes referred to as “tumbleweed of the oceans” as it bundles up on the seabed and under certain conditions may accumulate in tangled piles, suffocating corals and other benthic marine life.

This is why five organizations of Polish fishers, including three LIFE Members – Darłowska Group of Fish Producers and Fishing Boat Owners, Wolin Fishermen Association and Mierzeja Boat Fishermen Association – have embarked on a large-scale project promoted by Fundacja Mare to deal with this acute problem. The retrieval actions are pursued by 533 small boats in the 12-mile zone, coordinated by the fishers’ organizations themselves and are not confined to ALDFG alone – they also include any marine litter that the fishers find during the action. They use retrieval methods having a minimal impact on the environment, particularly the seabed. Until now, a total of 140 tons of ghost nets and other marine litter has been retrieved.

“Over the last years, the level of societal consciousness on the marine litter problem, including ghost nets, has significantly increased. There are many activities undertaken all over Europe to reduce the negative impact of ghost nets on the environment. We are particularly happy to see the engagement of fishermen in caring for the environment on which they depend.  Their own initiatives, such as the “Clean Baltic” project implemented by five fishers’ organizations across the Polish coast, are particularly valuable” – states Marcin Rucinski, LIFE’s Baltic and North Sea Coordinator 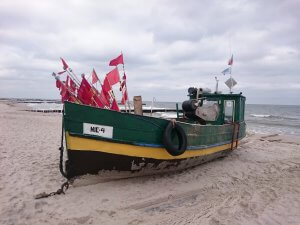