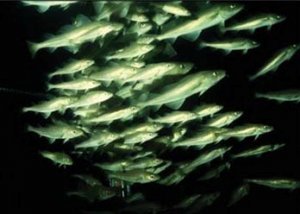 ICES Advice for Sea Bass in 2017: Zero catches based on precautionary approach?

Scientific assessment and observations from small-scale fisheries highlight the poor state of sea bass stocks, and raise major concerns about the survival of the resources and of the fishers who depend on them.

Released on June 30, the ICES (International Council for the Exploration of the Sea) advice on sea bass (Dicentrarchus labrax) for 2017 recommends a total closure of the fishery in the ICES divisions IV b–c, VII a, and VII d–h (central and southern North Sea, Irish Sea, English Channel, Bristol Channel, and Celtic Sea) – http://www.ices.dk/sites/pub/Publication%20Reports/Advice/2016/2016/bss-47.pdf

The advice will feed into the process to establish fishing opportunities for 2017, including proposals for Multi-Annual Plans (MAPs) for the North Sea and for Western Waters.

This has set alarm bells ringing for small-scale low impact fishers who depend on this fish species for most of their income. In France, the Platform for Small Scale Artisanal Fisheries (PPPAF) – a member of LIFE, representing fishers from the Atlantic and Mediterranean coasts – highlights that for the handline fleet, after facing increasingly difficult years, the ICES announcement is tantamount to a death sentence – http://www.plateforme-petite-peche.fr/?p=440.

Small scale fishers from Holland, England and France report the absence of bass in their catches. Sales of bass from the handline fleet in French port markets from January to June have crashed from 221 tonnes in 2015 to 127 tonnes in 2016, a decline of 43%. Over the same period, sales of bass caught by gill nets and trawlers in these markets reached 1165 tonnes in 2016 (compared to 1502 tonnes from January to June in 2015), or nearly 10 times higher than sales from hook caught fish.

Worryingly, similar trends are being witnessed by French fishers in the Bay of Biscay, where declines in catches have been witnessed over the last 3 years.  The PPPAF highlight that the purely arbitrary delimitation of the 48th parallel allows the Bay of Biscay to be free of any management measures. This is serious error that urgently needs reviewing. PPPAF recommend establishing a biological closure to protect winter spawning of the bass in the Bay of Biscay, as is being done to the North, in the Channel. This, along with more stringent individual catch limits is imperative says the PPPAF; drastic limits must also be set on recreational fishing.

Once again small scale fisheries are the victim of inertia in the system.

According to PPPAF this crisis is not just about the bass and it’s not just about the liners. The crisis is caused by the complete dysfunctionality of the entire sector. It has been brought about by the previous over exploitation of the hake, followed by the anchovy, and now by the sole, leading to displacement of effort onto the bass. In France, the crisis is also about a generalised fraud that the State is unable to prevent. In 2016, a segment of the French trawler fleet illegally caught dozens of tonnes of bass with complete impunity, and from July 2016, these same boats will be allocated a monthly quota of one tonne up to end of the year.

But it is not just in France where the system is dysfunctional. In the UK, Dutch vessels flagged to the UK, are not inspected by UK authorities and there is anecdotal evidence of undeclared landings being transported to Belgian and other ports. In Dutch waters, LIFE has received reports of high concentrations of juvenile fish on the grounds, which are highly vulnerable to seine net fishing.

For decades, landings of bass from the French liners has remained stable, at around 300 tonnes in the Channel, or 10% of the total bass catches in the zone. France wide a total fleet of over 300 vessels is threatened. The liners’ catches only represent a tiny part of what is taken, practicing a fishing method that is respectful of the environment and of the resource, which is extremely selective, adding significant value to their fish. Nevertheless, it is they who are at most risk of disappearing.

But the imposition of a total closure is not a miracle cure. The lack of selectivity and the discards generated by other practices are equally at the heart of the problem. Discarding of bass by French trawlers in the northern zone has been estimated by the professional organizations to be 50 tonnes per month between December and April, prior to the 42 cm limit. The discards of bass alone are a tonne higher than the catches of liners.

VIE argues that the stark advice from ICES must catalyse a significantly less sectoral approach to future advice. It would be counterproductive to play the blame game; along with all commercial metiers and together with the recreational sector, we all have to assume the burden of responsibility for the current situation.

At the same time, VIE calls on policy makers at EU and national level to ensure that small scale fishers using low impact gears are not unfairly discriminated against by any new emergency measures, that effort is cut where effort cuts are most needed, and where emergency measures are imposed that financial compensation is duly provided to those whose needs are greatest, and whose survival is most at risk.