News From the Deck – April

MAIN EVENTS OF THE MONTH

Meeting with stakeholders of the Northern Seas in Denmark

LIFE and representatives of two member organizations, FSK. Foreningen for Skånsomt Kystfiskeri and NUTFA, attended the two days event “Slow Fish of the Northern Seas” that took place in Denmark from the 8th to 10th of April. The meeting, organized by Slow Fish and hosted by the fishing community of Thorupstrand, has been the occasion to visit their landing site and processing facilities, to exchange best practices and to carry out a multi-disciplinary reflection among fishermen, producers, researchers and not-for profits on several topics of particular relevance for the Northern Seas, including aquaculture, community-led initiatives, market space and resource management.

The gathering has been the starting point for a broader collective work of networking and engagement that will be developed in the months to come with fishing communities and stakeholders in the framework of the event Terra Madre which will be held in Turin in September 2016. 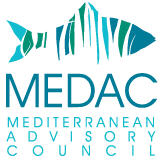 LIFE’s application to become an official member of the MedAC. The MedAC is the committee bringing together European and national organizations representing the fisheries and NGO sectors, providing the Commission and EU countries with recommendations on fisheries management matters. With this seat the low impact fishers of the Med countries will be better able to get their voice heard at the decision-making process level and to influence the policies that define the management of the sector in the Region. 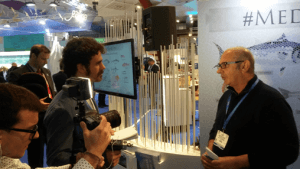 On the 27th LIFE attended the launch of the new Mediterranean strategy by Commissioner Karmenu Vella at Europe’s biggest industry event, the Seafood Global Expo in Brussels. The Mediterranean Sea still laments declining fisheries despite the conservation efforts of both regulators and fishermen. For this reason, the European Commission, concerned with what this could mean for thousands of fishermen, has decided to focus its next political campaign on the Region.

Christian Decugis, LIFE Director for the Med, was interviewed by the official journalists of the event and recalled the vital role played by SSCFs, their historical commitment to sustainable fishing practices and the need for a more inclusive decision-making process !

OTHER NEWS FROM AROUND THE EU

NEWS FROM OUR MEMBERS

The organization of Dutch and Belgian small scale coastal and inland fishers NetVISwerk has chosen a new chairperson: Albert Jan Maat. He has been chairman of the National Farmers Union and served in the European Parliament as rapporteur for the Eel Management Plan. With Albert Jan on board, NetVISwerk will increase its National and European network and will work closely with the Dutch Farmers Union in Brussels.  The two Dutch organisations are already cooperating on the issue of listing European Invasive Alien Species and the Farmers Union is very much willing to team-up with LIFE in supporting small scale fishers in Europe.

On the 12th of April the French Platform PPPAF (Plateforme de la Petite Pêche Artisanale Française) issued a press release to voice their concerns about how fisheries are managed in France. The article, published on the specialist French newspaper Le Marin ( http://goo.gl/G3nsWm ) , highlights the administrative burden to practice the profession and the opaque allocation of quota and management mechanisms of POs. The PPPAF is not asking for a total exemption of small-scale fishing, just for appropriate management measures.

In addition to the members who joined since the beginning of 2016, the following organisations officially became part of LIFE this month:

Fishing Prud’homies are communities of artisanal fishers who were born on the Mediterranean Coast of France back in the Middle Ages and that in time developed autonomous systems of regulation and management of local fisheries. UCPPM, created in 2015, is the official association representing the voice of 300 Prud’hommes fishers (for 250 under 10 meters’ boats) and among its objectives are the promotion sustainable fishing practices and developing policies which are more appropriate for the local fleet and coastal environment.  Welcome to LIFE! 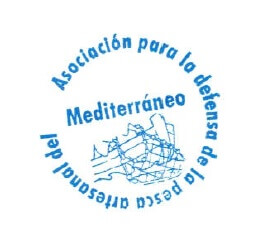 ADPAM is an association created in 2008 to represent the artisanal fishing communities of Spain, with a special focus on the Province of Castellὸn and Catalunya, on the Mediterranean Coast. Today it represents 40 fishers (for 40 boats) and has among its priorities the development of European policies that can ensure a sustainable management of Mediterranean stocks. LIFE is delighted to welcome ADPAM as an active member from the Med Region!

This newsletter is a simple snapshot of our external activities. In addition, the LIFE staff in the UK, Brussels and Spain respond to a vast range of queries related to our sector and continuously develop and promulgate policies related to small scale, low impact fishing and fisheries.